From One Dictatorship to Another. 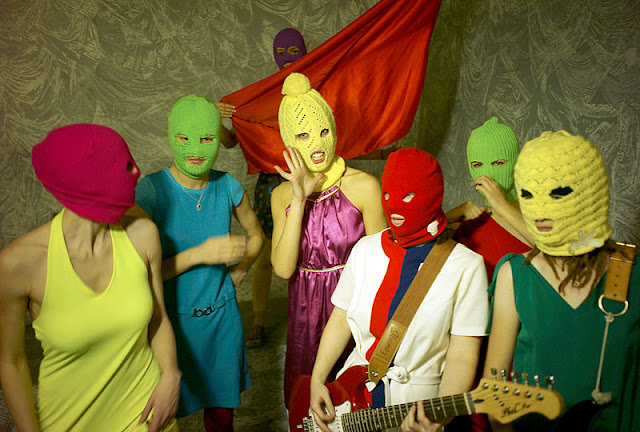 Any of you Russian readers care to translate the song by Pussy Riot into English?

Here's a Reverend from the Church of Scientology in New York:
http://blogs.villagevoice.com/runninscared/2008/05/ny_scientology.php

Here is an article about David  Gaiman, though now dead, he was instrumental in getting Russian authorities to  let him play Doctor with seriously ill children from Chernobyl.

The Gaimans own the 'G and G Vitamins' receiving handsome profit fro selling the huge vitamin doses for the 'purification rundowns'. Mrs.West experienced serious problems because of unlawful methods used to recruit members into the scientological organization. The Gaimans, David and Sheila, who also give sometimes their name as the Gaims, call themselves the managers of certain 'International Humanitarian Detoxication Services,' as well as of the 'International Service for Detoxication of Humans.' They were the ones who secured from deputy minister of health protection V.Agapov the unlawful approval of the 'purification rundowns.' Having the support of the deputy minister, David and Sheila Gaiman went to the country hospital of the RF president management department (directed by A.Romanov) and the nearby children's sanatorium 'Vasilyevskoye' (directed by N.Belova and her deput S.Kavun). They were heartily welcomed and opened in the hospital a commercial bureau named 'Prekom' 'to service' patients for cash. In this way the sect took hold of the 'new Russians' who went for treatment in the Kremlin hospitals. They were not p rticularly impressed by the sweet scientological phraseology but, trusting the hospital status, gave obediently to the 'Prekom' 1000 dollars per session. It remains unknown how many of them signed up to new scientological programs after being through the 'rundown...'According to some information, the scienological sauna was visited by such a giant of the Russian show business as Vladimir Presnyakov. The sect has prepared no less than ten doctors who became their 'fifth column' in the Kremlin hospitals. Using those doctors, the scientologists began to introduce their program into the 'Vasilyevskoye' sanatorium which treated Chernobyl children f r somatic ailments. The chief doctor directed for a group of 13- and 14-year-olds to be taken off any other treatment and given into the cares of the Gaiman couple and the freshly-baked scientologist N.Vorontsov who had become the general director of the Russia Hubbard program. The experiment of 'taking out the radiation' involved 27 children who went through the full cycle of the 'purification rundown'. The sect members were not discouraged either by the control testing which showed that radionuclides had not been taken out of the children's organisms, or by the giddiness, heightened heartbeat and the 'disorienting effect' experienced by the young p tients. Not by the complications such as profuse appearance of carbuncles which began with seven children after the 'marathon', not by the sanitarium personnel who pointed out to the dangers of the experiments.

Quote from the Times newspaper today re the Pussy Riot, "this is about our children and freedom"

David Gaiman became the head of the Guardians Office replacing Jane Kember who was convicted along with Mary Sue Hubbard and 9 other members of Scientology for conspiracy against the American Government. See Operation Snow White:

Operation Cat - A plan, initiated on 16 September 1975, "to plant grossly false information in [the files of] government agencies". It was well-known that government agencies around the world held a lot of information which was uncomplimentary towards Scientology (and thus comprised "false reports" - anything uncomplimentary of Scientology is automatically regarded as false). By planting false information, it was hoped that the accuracy of government files in general would be "dead agented" (discredited); thereby the so-called "false reports" would lose their power to harm.