Now there's a word that takes some consideration.

I hope you agree.

When I first set out on this quest for both answers and some kind of assurance,I was very ill at the time due to an encounter with e- meters which I had not seen or heard of for 38 years at the time, I was totally in both hope and some kind of assuurance that this fraud and basic inhumanity of human rights would be regarded by my govenment as something to be taken seriously.

How wrong could I be?

I wrote a letter to Gordon Brown, the then Prime Minister and recieved a reply back from someone called G. Edwards. Stupidly, I did not photocopy the letter I sent.It basicly covered my life as a child in the sea org. Here is the reply. 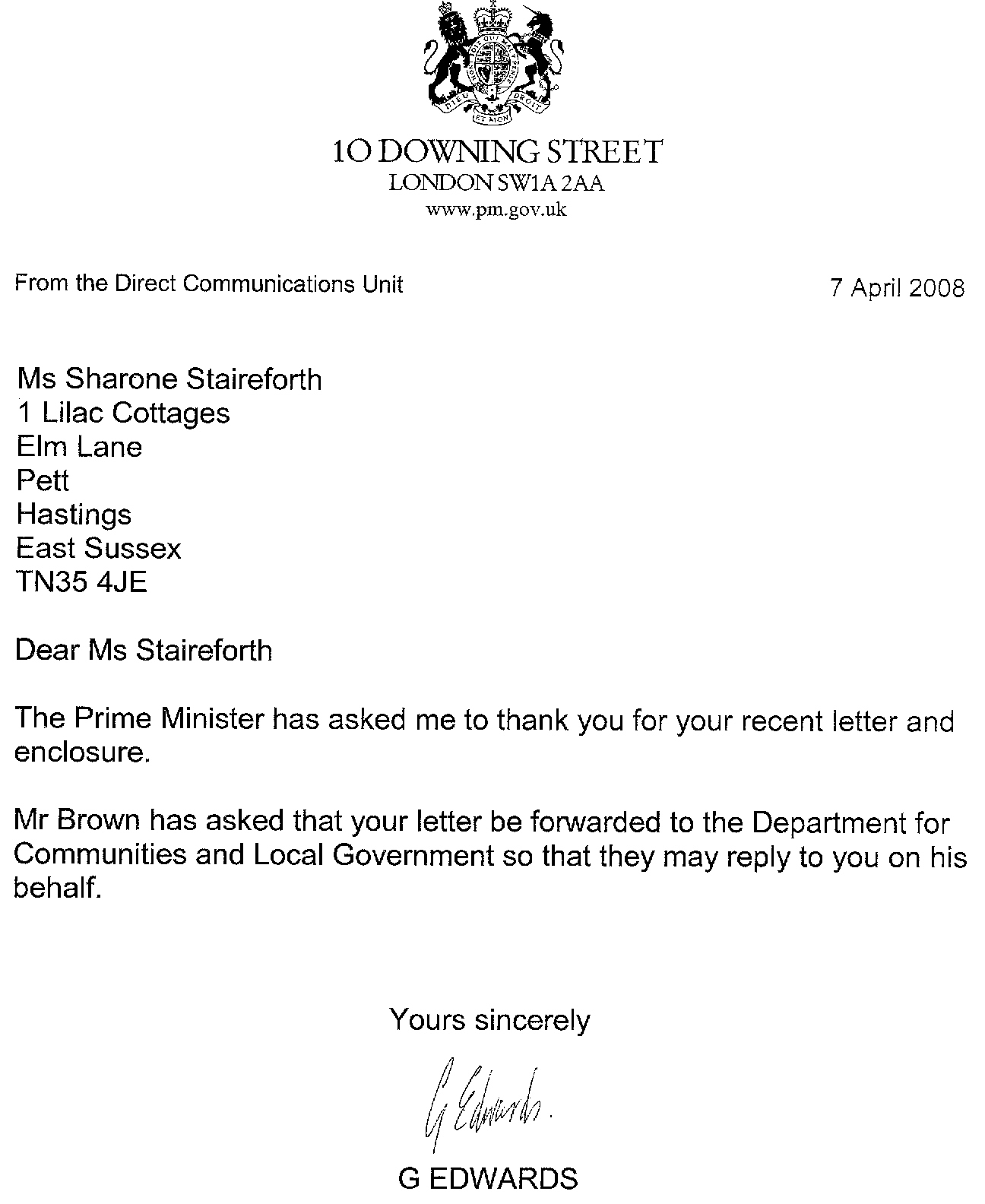 Click on this to see the full letter.
So my name is spelled wrong, I now have my full adress on line, that does not matter, for they know where I live anyway, what the heck.

I will give Margaret Thatcher her due, because when I wrote to her about dumping nuclear waste in the ocean, I may not have liked her reply, but at least she did reply, personally.

I haven't got a clue who G. Edwards is, but apparently he has a relation called Yasmine Edwards, also in government, are they both in cahoots with Scientology, nothing surprises me these days.

What is ironic is Ms Staireforth, have you done your Training Routines, Mr. Edwards?

Staring is an occupational hazard in Scientology and it makes you into a good scientologist.

I googled G. Edwards/government/Gordon Brown and came up with this. ROTFL.

If YOU cannot see this then I am sorry, but am having trouble with the link
The follow up is this and is equally funny;

Posted by Sharone Stainforth at 14:58