Bid to Muzzle us Fails.

It was around the time of my birthday on board the Apollo that in 1969 that I read this same newspaper. It was in amongst a pile of mail for LRH, and was handed to me by a young man who told me to read it because it was about my family. He stood in the doorway whilst I quickly read it, as it would not have been good to get caught reading this.At the time, it sent my already reeling head into overdrive.

The date of the paper is 4/5/69. My Father left the Apollo in January 1969. Unbeknownst to me at the time he had left Scientology in March of 1969 and yet here I was reading that he was on a ship somewhere in the mediteranean and could not be located.The only member of my family that was on the ship was me, an only just 12 year old.

Approximately a week later, amongst communications that were sent to LRH, I found an Ethics chit sent by the MAA(Master at Arms) to have me overboarded bacause I was severely depressed and not pulling my weight.What a downstat!

There was absolutely NO way I was going overboard if I could help it, so I put it into my pocket, went to the toilet, tore the ethics chit into tiny little pieces and flushed into the sea.I had to flush it a couple of times in order to get rid of all the pieces. Then lived in constant fear of being found out before I was due to leave the ship in a few days time. 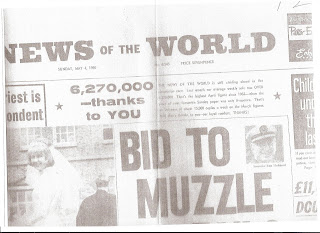 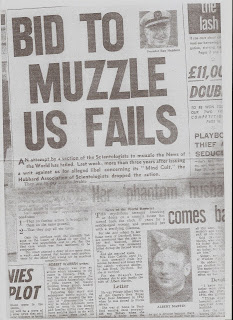 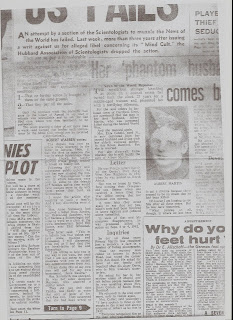 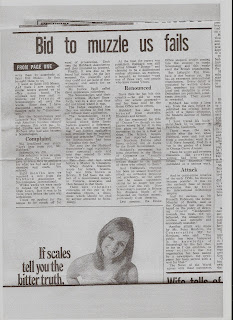 The enclosure commented on in the letter from Downing Street, in the previous post
is a copy of the above news paper clippings.


Posted by Sharone Stainforth at 02:34