OSA is the Office of Special Affairs, before that was The Guardians Office, pretty much they do the same thing. They look after the external affairs of Scientology.

The one thing about both these 'offices' is they have not changed much, just like scientology hasn't over the years, in fact the only thing to change a great deal is the dictator...

Even I, am learning all the time and I am not afraid to say so. I was there as a young kid right up front and very personal with LRH himself... I washed his feet for christ's sake. Think about that! Cos, I have long and hard...I was hunting out some stuff which I won't be talking about right now and I came across this, this happens a lot actually...

I read so often in these newsgroups that SCN wants to rule the world,
wants to overtake governments and countries, and so on. If that is so,
why did they not have a Scientologist run for Governor of California?
I bet they had the money to put up a candidate, don't you think so?

They did. Peter Hodkin tried to participate in local elections and got
even less votes that the "Monster Raving Loony Party". Scientologists
have the chance of a snowball in hell to win an election. Thus, they
prefer to influence / pressure already elected officials. (Also without
success)

We are at cross references here, because Schwarzenegger is in California and Peter Hodkin is in the UK, however, the principle is the same. So, I googled Jaimie Escalante and here is what I found...

Scientology group reaches kids through PBS videos
By JOSEPH MALLIA
Boston Herald
Date of Publication:3/5/98
More than 30 million American schoolchildren have watched PBS-TV math videos made by a Los Angeles-based foundation with intimate ties to the controversial Church of Scientology, the Herald has learned.

With lively camerawork and guest stars such as supermodel Cindy Crawford, comic Bill Cosby and athlete Kareem Abdul-Jabbar, the Peabody Award-winning videos have been paid for with at least $12 million in taxpayer funding since 1990, U.S. government documents show.

"FASE was originally created to put Scientology covertly into schools and government, to give the Purification Rundown an air of respectability," said Young, of Seattle.

"Scientology created FASE so they could use it to get in the door," the church defector said.

Among FASE's employment links to Scientology:
-- Steven R. Heard, the founder and president of FASE, was a longtime member of the Church of Scientology's powerful Guardian's Office, ex-Scientologists said.

-- Kathleen Heard, Steven Heard's wife and another former member of the Guardian's Office, was once Scientology's chief spokeswoman and is now senior producer at FASE. In the 1970s Kathleen Heard's name appeared on numerous Church of Scientology press releases while the church battled fraud suits filed by Boston lawyer Michael Flynn on behalf of embittered ex-members.

Stand and deliver
For FASE, popular success began in the mid-1980s when it hitched its wagon to a star - Los Angeles math teacher Jaime Escalante, whose story was told in the 1987 feature film "Stand and Deliver" starring Edward James Olmos. 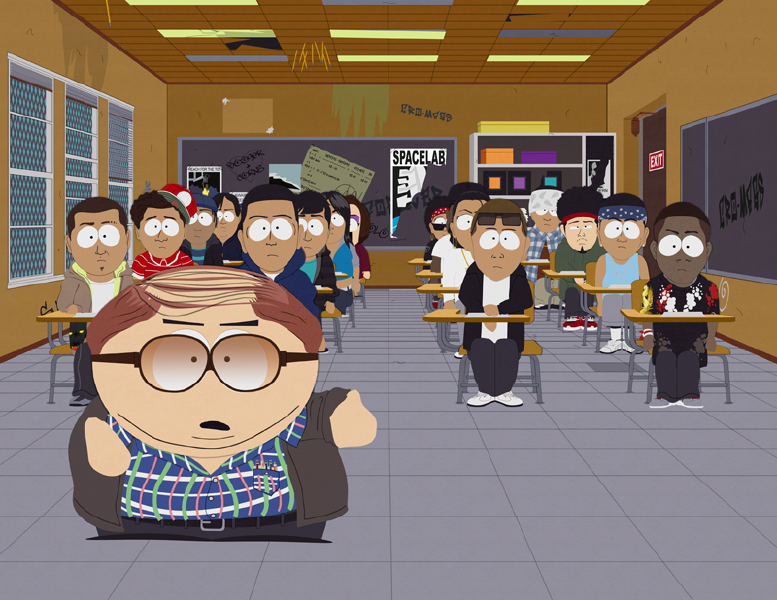 "Stand and Deliver"s Jaime Escalante dies | Why We Protest ...

It will not help your kids Jaimie, but I hope it will help mine...

It makes a lot of difference...Scientology ruins people's lives.

from windhorse on Mike Rinder's blog...

Kudos for your job well done at Sundance. Brought tears I have to say.

OH — and Spanky ain’t lying about the conditions in the Sea Org for babies. Just ask Kathy Wasserman Heard WHY she took her daughters OUT of Sea Org berthing. Yvonne was FORCED to send CC infants and kids to Sea Org berthing. CC had it’s OWN berthing for their children and CC parents were promised their children would NOT go to SEA ORG berthing. The GO forced her to send the children there.

WAIT — Kathy Wasserman Heard is STILL drinking kool-aid and therefore WILL NEVER state that she took them OUT of SO berthing because I went over to check it out and told her — TAKE THEM OUT NOW — she needed confirmation that it was as bad as she thought.

Scientology-related entities: individuals and details about ...

In the 1960s and early 70s scientology run by L. Ron Hubbard tried to take over the mental health field...

“Ambitions and crimes” – when Scientologists tried to ...

In the early 2000s they are still at it, trying to recruit prison inmates...

Posted by Sharone Stainforth at 15:50