Do not start quoting 'religion' at me, if a belief requires 'religion' to manifest how we operate in this world, then it has NO place in our society.

Look at how $cientology has spent sixty years trying to get this recognition and has now mastered it...

The last time I was in 'the chapel' at St. Hill my baby sister died...Theresa Marie Stainforth, she was about 3 months old, tiny little white coffin on a plynth and much ceremony about it...to this day...I do not know what happened to that tiny coffin...did she come back...hell NO, I never saw her again...12-18 months later...I sign a billion year contract on the Royal Scotman...Revenimus...(we come back), it is not symbolic...it is truth according to L. Ron Hubbard...so where is she?

One of these days, I may turn up at St. Hill, the last known resting place of my baby sister, surely the scientologists would not try and stop me, would they...? 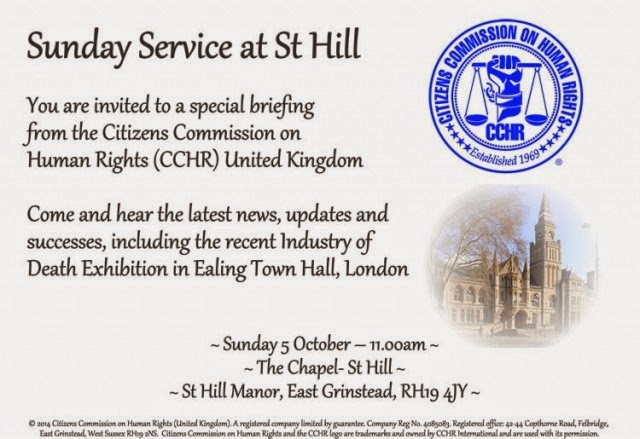 Jesse Prince is one of the highest ranking former officers of the Church of Scientology to have to courage to come forward and tell his story. In this post, he discusses the tension between current CoS head David Miscavige and his then-rival to the throne, Pat Broeker, in the months preceding Hubbard's death.

In the weeks since he first came forward with his story, Jesse Prince has been travelling around the country to meet with many CoS opponents, and, in some cases, filing affidavits on their behalf. For these actions, he has been targeted as 'fair game' for the CoS, which has put both him and his friends and supporters under extreme pressure from the Office of Special Affairs (OSA), the church's investigation unit, also known as 'Scientology's Secret Service.'

He has nonetheless made several posts to alt.religion.scientology, including that from which this excerpt has been taken.
Click here to read the entire post in its original format.
From a post by Jesse Prince (September 5, 1998):
[ ... ]
Now let"s go back in time to an afternoon in the late summer of 1984. I am sitting in one of many legal/litigation meetings at Author Services, Inc., or ASI. I am in RTC, a nonprofit religious corporation which ostensibly has absolutely nothing to do wth ASI, a for-profit corporation. But David Miscavige finds it convenient at the moment to be the Chairman of the Board of ASI, and, since David Miscavige runs Scientology (no matter where he places himself corporately), he can order all of us to meet wherever and whenever he wants us to.

LRH has repeatedly said he wants different lawyers to represent him, and that he wants different legal advice on how to win this case against Nibbs. But DM has decided that the lawyers LRH already has (and who were chosen, of course, by DM) are the best possible legal counsel. LRH specifically doesn"t like the fact that these attorneys are advising him to back away from managing Scientology"s affairs. Part of the reason for this is that DM feels (and has told the attorneys) that LRH is losing his grip on reality.

In truth, DM was not the only one who knew that LRH was an old man past his prime, with no real "new ideas" or "brilliant revelations" for quite some time. All he could do was say the same thing, over and over: "There are more BTs! Many more than people realize!" Hubbard really was a bit senile at the end there - his brain pretty well fried by a wide range of drugs which he used for his "research" -- and this scared the hell out of his top messengers and others near him.

For many years, LRH's top aide, Pat Broeker, and his wife, Annie Broeker, looked after the daily care of LRH. Pat was the financial conduit between LRH and the vast reserves of liquid cash mounting in the multiple corporations of Scientology which LRH always had at his disposal. David Miscavige would be called by Pat to bring hundreds of thousands or millions of dollars in cash in briefcases to cover "basic expenses" for LRH and his small crew of four staff.

Often the prearranged meeting place was near Las Vegas. On many of these occasions, Pat and Dave would go to a casino and gamble away thousands of dollars of LRH's money, just hanging out having a good time together.

But as LRH felt his grasp on the Scientology empire weakening, he became extremely suspicious of Dave and ordered me to give him a security check to see if Dave was trying to prevent LRH from having his way with the church as he was used to having. Basically, LRH was upset that he could not simply romp from one fake corporation to another, wreaking havoc in his wake, as he had always done. And he was being advised by attorneys whom Dave had hired that in order to protect his money, he should disappear for a while. All of these circumstances added up for LRH, and he was not at all sure he could trust DM.

He was afraid DM was trying to take over. Sure, he had practically raised Dave from a pup, but still, who could be trusted in this business?

So I was ordered to sec check DM to determine his real motives for passing along legal advice that he back off from his own church. When I walked into Dave"s office he was crying like a child who had taken a crap in his pants and now stank to high heaven. Dave swore up and down to me that he was only following LRH"s own orders to get an "All Clear" -- meaning to get LRH dismissed from all the outstanding litigation -- so that LRH could travel freely again, without fear of subpoenas or worse.

LRH had been in hiding, not only from the public but also from 95 percent of all his staff, for the last fifteen to twenty years anyway. Dave was extremely indignant at being asked such incriminating questions, but because of the questions I was asking him, he was fairly certain that LRH would soon assign him to the RPF (the Rehabilitation Project Force, Scientology"s political prison).

In the security check Dave made sure he told me about the trips to the casinoes, the heavy drinking and the women he and Pat had enjoyed together. Dave freely confessed his sins and Pat Broeker"s sins as well. He said if he was going to go down, he was going to make sure Pat Broeker went down as well. He was very critical of Pat, saying he had a long history of alcohol abuse and recklessly spending LRH's money. Of course, the person who received the report of Dave"s sec check was Pat Broeker. So it didn"t surprise me a bit when Dave and Pat suddenly became best buddies again. I seriously doubt that anything but reports full of glowing praise for Dave ever went to LRH. In retrospect I realize both Pat Broeker and David Miscavige had an interest in keeping the status quo with LRH, since both of them had dreams of one day being the new dictator of Scientology once the current Ding Dong king was dead.
LRH went on spending his millions freely on property and "research" (all this really meant was that he was buying more and more drugs for himself) and buying exotic animals like buffalo, llamas, swans and peacocks at the ranch at Creston.

LRH seemed resigned to follow the legal advice of Dave"s lawyers and stayed away from Scientology. However, he made it known that he was still very salty about the whole deal and refused to make contact as he had done in the past.
About a year and a half later he became very ill.
- From a post by Jesse Prince (jesse.prince@gte.net)
Back to the Mysterious Death of L. Ron Hubbard
Posted by Sharone Stainforth at 10:49