Arnie talking about the raid this year 2011:
http://www.youtube.com/watch?v=bDlW_jck2z4

I am not technology minded, and probably never will be. When my family first started having computers and getting on the net, I was so embroiled in nature, I raised goats, sheep and chickens. I grew herbs, made yoghurt, cheese, I learnt to tan skins. I grew flowers, vegetables. I had made a life for myself, totally devoid of ALL things Hubbard and the Sea Org and the childhood that caused me so much pain.To me, the internet was a time waster.

This is the short version.

A chance encounter, whilst out shopping with my family, changed ALL of that.In Brighton, after a good day, we encountered a large group of people watching something. My ex husband, who was my husband then said let's take a look. That look, was about to turn my world upside down.That crowd in Brighton were watching, once I had managed to edge my way forward to take a look,a group of people on a long trestle table, about eight or nine people with e-meters and another eight or nine people holding the cans, on the opposite side.Just like when I was 12, my head exploded, not externally, but internally and my whole world erupted and was shattered, because here they were still doing these dreadful things with this e-meter.This chance encounter caused me to be extremely ill for over a year.I couldn't sleep, I had nightmares. I was convinced I was back on the ship. I kept hearing that whirring sound of the ships engine. I kept hearing L. Ron Hubbard's voice. I kept reliving being put in the hold of the Apollo.I kept reliving the night mare of being told I could no longer speak to my Father as he was an SP. In Denmark, these people, whom were so fucking ETHICAL kept my Father and me apart. They beached him.And, they left me in a void of nothingness. I was 12 years old, in a foreign country with a load of  f*cking nutters whom firmly believed they were helping the world. I was sec checked to make sure I would come back, and to make sure I had no unkind thoughts about LRH and MSH.
I was threatened to never speak about anything I had seen or heard, I was actually told if I did I would be locked up in a mental institution, because anything I said was so far fetched No one would believe me.I would be classed as mental, I was 12 years old.Not an adult in a little body, but a child.

So, when I finally found the internet, and it was my ex husband that suggested I google it, Scientology that is, it caused absolute chaos,within my family, with my children and mostly within myself, because I found more information than I ever could have imagined.

My biggest Thanks have to go to Andreas Heldal Lund, Arnie Lerma, Tory Christman and Larry Brennan. There are many more and I hope,that through my blog, people's voices will be heard.

My favorite quote of LRH:
http://www.aboutlronhubbard.org/eng/wis3_4.htm 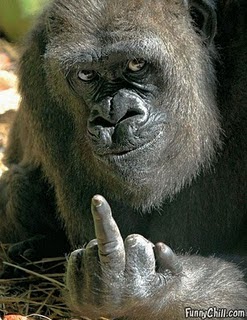 Posted by Sharone Stainforth at 20:43