The Cancelation of Disconnection

Disconnection was never canceled, it was a publicity stunt from L. Ron Hubbard because it was frowned upon by society. My Grandmother was one of a few people who brought disconnection out into the public view, this was in 1968/1969. 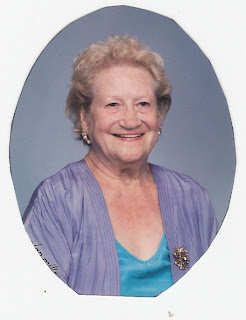 The distressing story of Mrs.Anne Stainforth...


** "The News of the World" reports the typical distressing story of Mrs. Ann Stainforth who received a letter from Zandra, her 18-year old daughter, who had become a scientologist and gone to work as a clerk at the cult's headquarters, Saint Hill Manor.
The letter said, "This is to inform you that unless you have some training and processing I will disconnect from you as I feel that you are invalitative of me and Scientology.
"I am willing to help you in any way if you want, but until then I am not going to communicate with you or accept any communication from you.
"I am doing this of my own free will and for my own betterment.
"Love Zandra."
*** "History of My Life" by Giacomo Casanova (Vol.11).

L. Ron Hubbard personally ensured I was disconnected from my Father in 1969, I know this.Just like I know the court case in England against scientology in 1969 that my Father was supposed to be a witness for and could not be produced because he was on a ship somewhere in the med is a farce. Bluffing tactics from Mr. Hubbard, who had put my Father in a condition of Treason.Why was he in Treason? He couldn't get "case gain", why couldn't he get "case gain" because he was connected to a Potential Trouble Source, my Grand mother, the SP.Why couldn't he really get case gain - because scientology does not work as written by L. Ron Hubbard

Can you imagine if my Father had finally gotten in to court in reasonably sound mind, which he was not...So where have you been Mr. Stainforth, are there no radios on the ship? I have not been on the ship for at least 5 months your Honor. Well, where have you been? In Treason. Treason, are you a traitor? Yes, your Honor, scientology does not work and they have my daughter captive on their ship,she's just turned 12, Why haven't you contacted the Police? Because some of them are in on it too!

The Commodore & The Colonels - I. The Advent

A Scientologist can have trouble making spiritual progress in his auditing or training if he is connected to someone who is suppressive or who is antagonistic to Scientology or its tenets. All spiritual advancement gained from Scientology may well be lost because one is continually invalidated by an antagonistic person who wants nothing more than to do harm to the person. In order to resolve this situation, one either “handles” the other person’s antagonism with true data about Scientology and the Church or, as a last resort, when all attempts to handle have failed, one “disconnects” from or stops communicating with the person.

As defined by L. Ron Hubbard:

“The term handle most commonly means to smooth out a situation with another person by applying the technology of communication.

“The term disconnection is defined as a self-determined decision made by an individual that he is not going to be connected to another. It is a severing of a communication line.

“The basic principle of ‘handle or disconnect’ exists in any group and ours is no different.

“It is much like trying to deal with a criminal. If he will not handle, the society resorts to the only other solution: It ‘disconnects’ the criminal from the society. In other words, they remove the guy from society and put him in a prison because he won’t handle his problem or otherwise cease to commit criminal acts against others.”

A person who disconnects is simply exercising their right to communicate or not to communicate with a particular person. This is one of the most fundamental rights of Man. For as Mr. Hubbard pointed out:

There is no policy in Scientology that requires Church members to disconnect from anyone, let alone family and friends who simply have different beliefs. To the contrary, the moral code of Scientology mandates that Scientologists respect the religious beliefs of others. The Church encourages excellent family relationships, Scientologists or not, and family relations routinely improve with Scientology because the Scientologist learns how to increase communication and resolve any problems that may have previously existed.

What is disconnection? - Scientology

Whether he agrees LRH canceled it or not is another matter...

Scientology Disconnection -- Who Qualifies To Be Declared? | Mike ...

Scientology: The 'Practice of disconnection' - A thorough study


Posted by Sharone Stainforth at 21:05